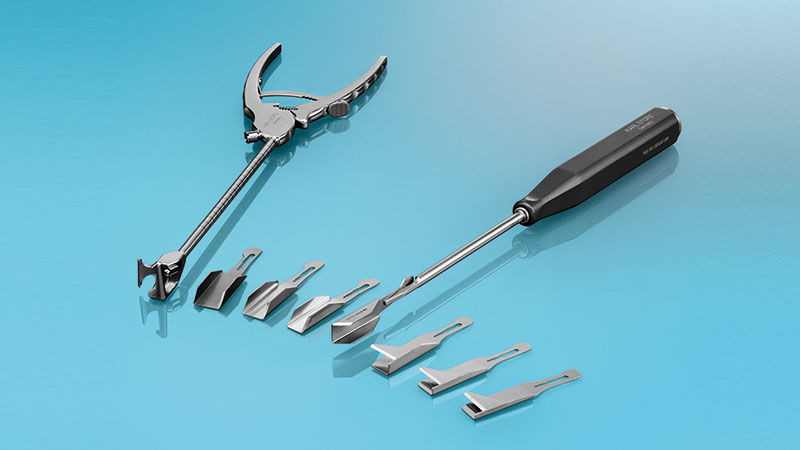 The anterior cruciate ligament (ACL) is one of the main restraining ligaments of the knee. It sits in the centre of the knee and runs from the back of the thigh bone to the front of the shin bone. The ACL’s job is to keep your knee stable, especially when you twist, turn or side-step (which is why it’s so important to – and so frequently injured during – playing sport. When you rupture your ACL, the knee feels unstable, as though it could give way at any moment, and especially when you make a twisting movement.

The challenge for knee surgeons when dealing with ACLs is that when they rupture, the damage is rarely a neat tear that can be stitched back together. Generally, ligament damage is far more destructive than that, leaving you with precious little ligament to work with. In its place, therefore, we use another tendon as a graft, which acts as a form of scaffold around which new tissue can grow and form a solid and permanent new ligament.

Why choose the quadriceps tendon?

Last year I explored the various ACL graft options available to knee surgeons, and one of the options I identified was the quadriceps tendon graft. The quad tendon is the large tendon that sits just above the kneecap. As I noted, “It forms a very strong graft and, although it’s still relatively early days for the procedure, would seem to have less issues with pain at the front of the knee than the patella tendon graft.”

Over the past few months, the quadriceps tendon has become an increasingly common tendon graft choice in my own ACL reconstructions, partly because the harvesting of the graft is straightforward and very user friendly, and partly because new instrumentation that I’ve been trialling makes the entire process easier still.

The Storz tendon harvesting equipment I’ve been using incorporates a number of helpful features that create a simpler yet more precise process. A measuring scale on the handle of the cutter ensures the length of the graft is easily controlled. The mounted tendon separator enables the surgeon to harvest the correct depth of tendon (5mm for an ACL).

The result, as Storz notes in its guidance, is a safe, reproducible technique with a defined harvesting depth and attractive cosmetic results.

I’ve performed a number of procedures using the quadriceps tendon over the past few months, and in the coming months I’ll be looking at setting up a trial assessing and comparing the various benefits of the quad graft and the hamstring graft in primary and revision surgery.

In the meantime, if your knee feels unstable or you suspect you’re ruptured your ACL, talk to one of our knee surgeons.