ACL reconstruction: what is a graft? 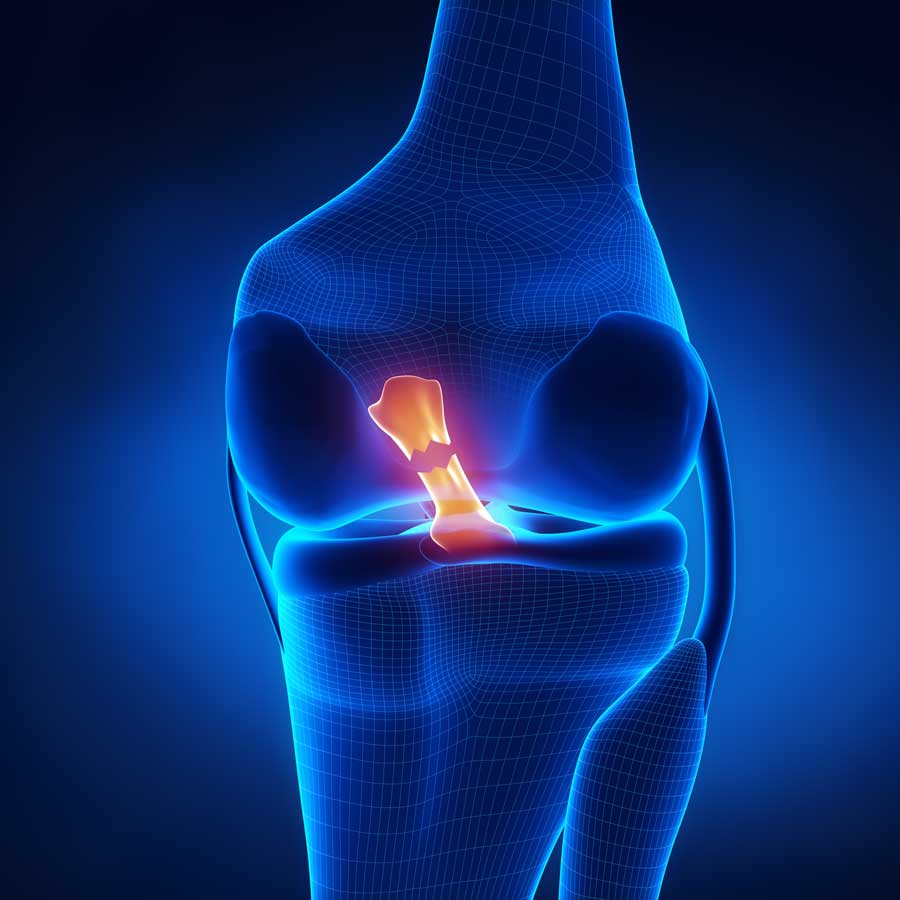 …And how will you and your knee surgeon decide which is the right graft for you? Yorkshire Knee Clinic’s Jim Newman explores the options.

If you read the sports pages of your newspaper, ACL reconstruction is a phrase you’ll be all too familiar with, although you may not know what’s involved. If you’re unlucky enough to rupture your own ACL, however, you might appreciate a little more understanding of the various options for putting things right.

What is the ACL?

The anterior cruciate ligament (ACL) is one of the main restraining ligaments of the knee. It sits in the centre of your knee, running from the back of your thigh bone to the front of the shin bone. Its role is to keep your knee stable, especially when you twist, turn or side-step. When you rupture your ACL, your knee will feel unstable, as though it’s about to give way. Usually, that feeling is most pronounced when you make twisting movements.

Repairing the ACL by simply stitching it back in place is unlikely to be successful. There is increased interest in ACL repair techniques at present although the jury is very much out on their effectiveness. Instead, therefore, knee surgeons use a graft. A ligament graft involves using tissue from elsewhere in the body and ‘asking’ it to become a ligament. It effectively provides the scaffold around which new tissue can grow and form a solid and permanent new ligament. So which tissue do we use? Here are the current options:

• The hamstring graft: The most common graft is also one of the most reliably strong options. We take a small portion of the hamstring, stitch it into a ligament shape and ‘plumb’ it back into the knee as an ACL.

The power of the hamstring graft will, over the course of a few months, almost completely resemble the ACL. Only elite athletes would notice a difference in terms of hamstring power, which is why it has become the workhorse, go-to graft in most instances.

• The patella tendon graft: This graft involves taking a strip of tendon connected to small blocks of the patella and the shin bone. Because the bone blocks come with it, this is another strong graft and, theoretically at least, it might heal a little quicker than alternatives – although evidence for this is sketchy at present.

The disadvantage of a patella tendon graft is that it can increase the likelihood of pain at the front of the knee – a particular issue if you do a job involving lots of kneeling. For that reason, this is becoming less popular as a first choice graft, but it may be a knee surgeon’s choice for revision (i.e. corrective) surgery or for high level athletes such as footballers.

• The quadriceps tendon graft: An option that’s growing in popularity is using the quadriceps tendon (in the thigh). This procedure involves taking a strip of quadriceps tendon at the point at which it joins the knee cap. It forms a very strong graft and, although it’s still relatively early days for the procedure, would seem to have less issues with pain at the front of the knee than the patella tendon graft. Many knee surgeons are wondering whether this might be the go-to primary graft for the future, although it’s currently most frequently used for revision surgery.

• Allografts: The final option is to use someone else’s tendon. That may be the last resource where, for example, you’ve suffered ruptures to multiple ligaments and have simply run out of other graft options. Allografts aren’t used very often as re-rupture rates tend to be higher and there is a very small but increased risk of contracting a blood-borne infection.

If your knee feels weak, especially when you twist, talk to Yorkshire Knee Clinic now about the ways we can help repair the damage. Please call us on 03453 052 579.