Anatomy of the Knee

Your knee is a complex capsule which acts as sort of hinge.
It effectively contains two separate joints: the main hinge
and a second joint between your knee cap and the front of
the thigh bone. Because the knee is contained within a single
capsule, any swelling in the knee affects both joints.

Your knees are made up of the following components: 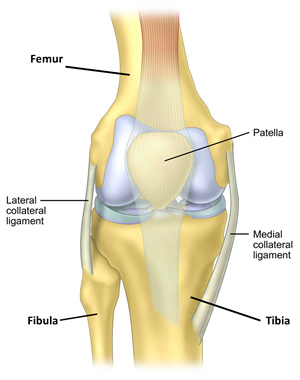 Ligaments connect the bones of the upper and lower leg and are made of strong groups of fibres that help to provide stability to your knee. There are two main groups of knee ligaments. They allow the joint to move, but they also prevent the joint from moving excessively or abnormally. 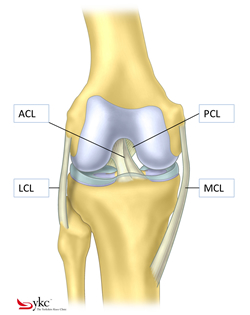 Tendons are structures that attach muscles to bones. The four quadriceps form into one tendon called ‘the quadriceps tendon’ which surrounds the patella and then becomes the patellar tendon as it attaches to the tibia below the knee. 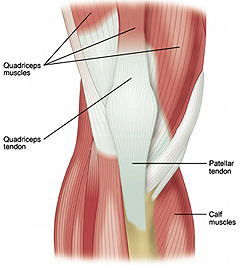 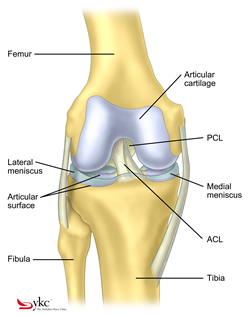