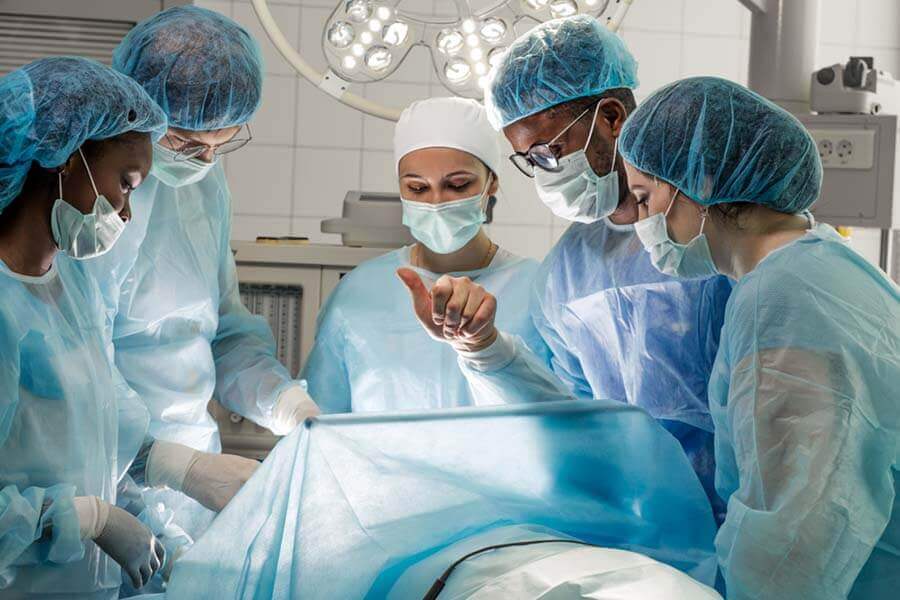 Nick London reflects on a challenging but ultimately encouraging picture for elective orthopaedics in Harrogate.

As I write this, it’s frustrating to say that we recently paused most elective (that is, planned) orthopaedic surgery at the Harrogate District Hospital. And yet, thanks to an enormous effort across two hospitals and departments, the story of knee replacement surgery in the Harrogate area during the pandemic has been one that very much bucked the trend of the national picture.

Last April/May, I was back in the NHS carrying out roles I hadn’t done for 5/6 years (in the case of general trauma) and 27/28 years (in the case of helping to cover non-Covid emergency department minor injuries). Patients and colleagues alike will be relieved to hear my role was very much one of assisting – and relying heavily on – my more recently experienced colleagues.

But then, in June, we were able to restart NHS day case orthopaedic surgery at BMI The Duchy Hospital with inpatient surgery, including knee-replacements, recommencing at both The Duchy and Harrogate District Hospital.

This took a huge collective effort and an almost unique close working relationship between hospitals, the orthopaedic, anaesthetic and microbiology departments, healthcare colleagues and theatre management.

This hasn’t been possible in many areas. A disappointing number of hospitals were never really able to resume their electives. Many more were only able to run a short burst of operations before stopping again.

Astonishingly, we managed to maintain waiting lists as much as possible. Lists have increased – they have everywhere – and they are certainly longer than we would like. But we haven’t seen the huge rise in waiting times that other hospitals in other areas have. That has to be seen as an enormous success.

Right now, we have also had to pause knee replacements and most other elective surgeries in the District Hospital as the NHS prioritises COVID, although emergency orthopaedics are still happening. Our collaborative foundations have allowed us to continue both NHS and private elective orthopaedics at BMI The Duchy Hospital to try to reduce the impact of the current COVID surge on our waiting lists. We are hopeful of resuming near-normal elective work on both sites in a matter of weeks.

Ultimately, our patients will be in a better position due to the collaborative work being undertaken across all sectors in Harrogate.