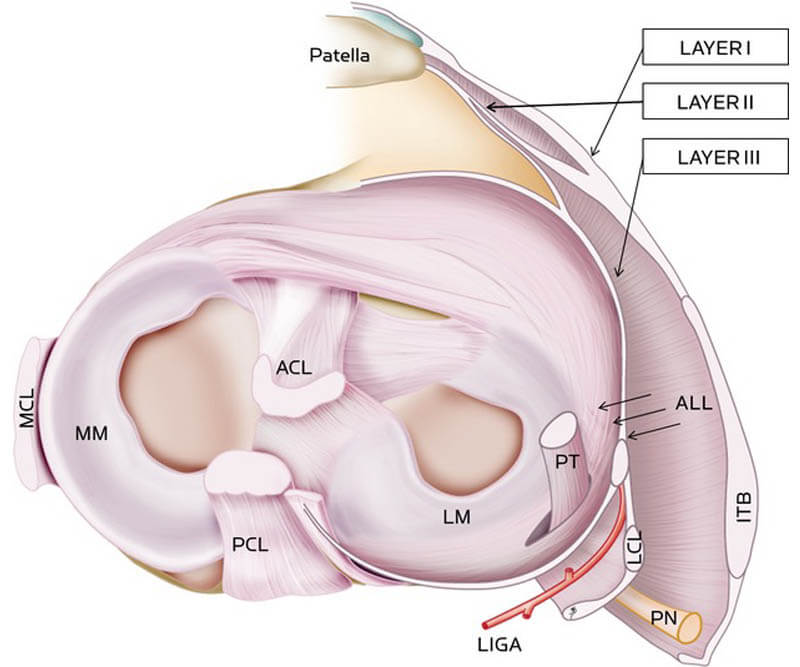 Every now and again a story resurfaces about an as yet ill-defined ‘ligament’ (inverted commas definitely intended) which was, so the media was quick to announce, supposedly discovered by Belgian knee surgeons in 2013.

It wasn’t. in fact, the only thing more curious than the anterolateral ligament is the story surrounding it.

The anterolateral ligament (ALL) may not be a ligament at all. The jury’s still out as to whether this thickened capsule on the side of the knee is a ligament in the strict sense, or merely something which, because of its thickness and the oblique angle at which it sits, gives it the strengthening effect of a ligament. Knee surgeons continue to work to define it, but the ligament gained newfound fame in 2013 when Dr Steven Claes and Professor Johan Bellemans of the University Hospitals of Leuven, Belgium became the first to map the mysterious band’s anatomy.

To be entirely fair to those particular surgeons, neither claimed to have “discovered” the ligament; the media did that for them, and every year, as skiing season approaches, the same articles are trotted out referring to its recent discovery and the ligament’s potential to augment the strength of an ACL reconstruction.

But the anterolateral ligament was most definitely not discovered in 2013. It was first described (albeit fairly loosely) by Paul Segond, a French surgeon, in 1879 and has been a topic of debate ever since. It was recognised during the infancy of ACL reconstruction that adding some sort of support band to the outside of the knee reduced the chance of reinjury. Review old ACL operations and you’ll see some tight constraints and large scars, the tell-tale signs of early attempts to use the anterolateral ligament to improve the long term results of ACL reconstruction.

The role of the anterolateral ligament

Over the last decade, knee surgeons (and especially sports knee surgeons) have once more turned to the ALL as a key player in some ACL reconstructions. Reconstruction is the gold standard for ACL injuries in patients who are active and want to return to twisting sports safely. Supporting the ACL reconstruction by adding some form of augmentation to the side of the knee (using the ALL is just one of several options) can benefit some patients at greater risk of reinjury and there has been a huge amount of work supporting the concept of augmenting the ALL in ‘high-risk’ athletes, most notably by Betrand Sonnery-Cottet.

That pool of ‘high risk’ patients is still being defined but it is thought to include:

ACL reconstruction and the anterolateral ligament

We don’t yet know for certain that augmenting the ALL reduces the chances of re-tearing the ACL, but it is a probability. Certainly it seems preferable, in certain circumstances, to the more destructive options available to achieve a similar effect.

The ALL option does not seem necessary for every ACL reconstruction. I would argue it’s not necessary for patients returning to everyday activities and less aggressive sports. It may, however, be appropriate for those who wish to return to skiing and anyone engaged in the activities mentioned above.

So it isn’t new. It wasn’t recently discovered. And it may not even be a ligament. But however you define it, the anterolateral ligament may have an important role to play in protecting ACL reconstruction from re-rupture.

If your knee no longer gives you the support you need to enjoy sport, talk to the knee specialists at Yorkshire Knee Clinic. 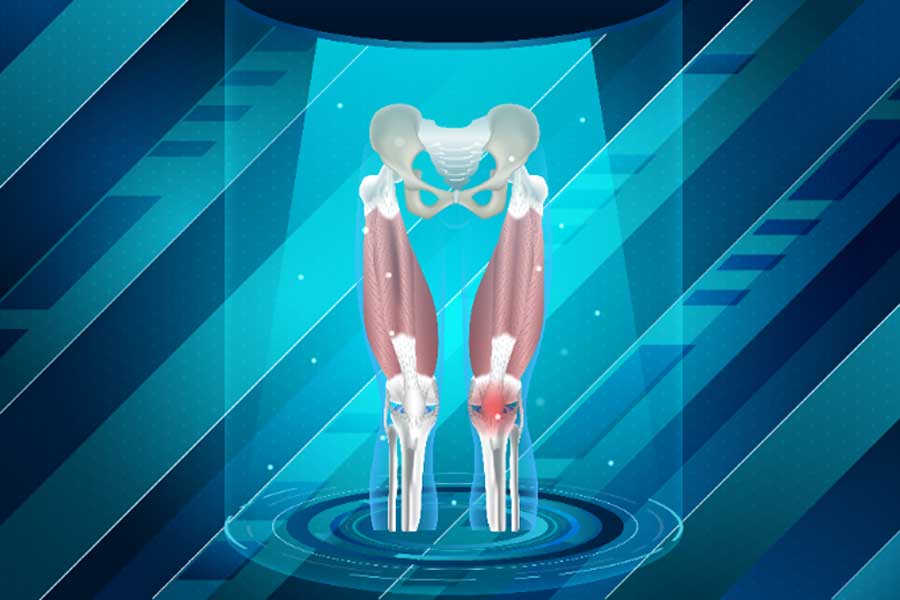 They're quite rare & when they do occur, treatment & rehabilitation is at hand