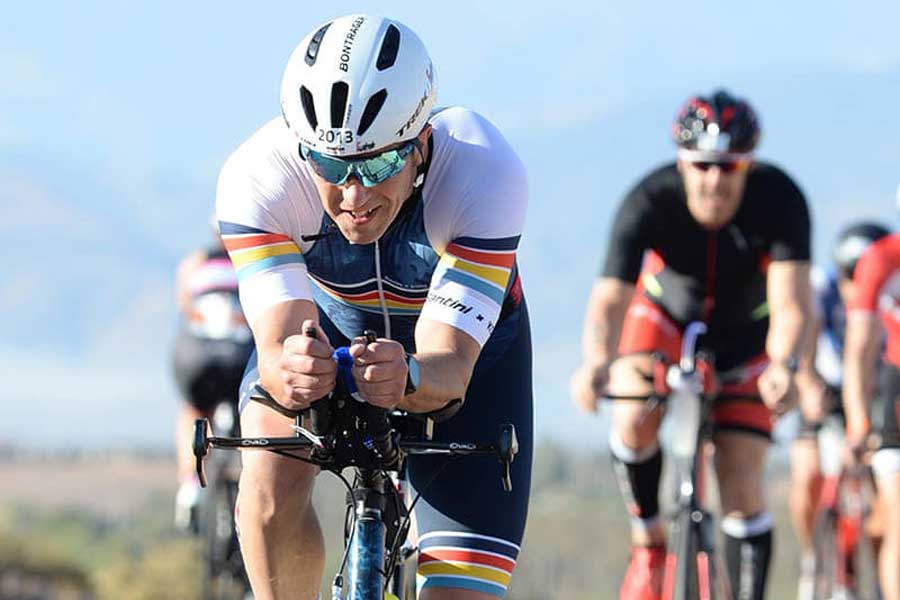 “After two/three years of knee pain, I must say a huge thank you for helping me get back on my feet and back on to the triathlon scene.”

Kevin Heath is a committed triathlete and ironman eventer, yet he first noticed problems on the football pitch.

“I’m in a veterans’ league,” the 54 year old explains. “I’ve never been quick but some friends watching me noticed I wasn’t running correctly. I just felt a sharp pain in the knee.”

Kevin didn’t let the pain get in the way of his triathlons, but gradually it worsened.

He’d had a couple of steroid injections which offered some respite, but things came to a head in 2017 at the Challenge Roth triathlon in Bavaria.

“I walked most of the running leg,” Kevin recalls.

“At one point I was feeling so ill I stopped. I still finished in a reasonable time, but that was down to smashing the bike leg. For two days after I was in real agony and my knee really swelled.

I went back to my GP and he recommended me to Jon.”

Kevin’s fitness levels and the particular circumstances of his case made microfracture (a process of stimulating the regrowth of damaged cartilage) a reasonable treatment option.

Results were initially encouraging, but insufficient to enable him to return to full sporting activities.

Jon suggested a knee replacement using the BioPoly implant. Up to this point Kevin had been having private consultations, but his knee replacement was performed on the NHS at the Spire Elland Hospital.

“The operation went really well and I was in and out within a day,” he explains. “I suffered a bit for a couple of days after – it was quite painful and the knee was inflamed – but painkillers sorted it.”

Kevin was back on his feet quickly.

“I used sticks for perhaps a week, then I was working with the physio. When I had my review with Jon at about 6 weeks he was really pleased with my progress. He said I could return to swimming and get back on a static bike.”

Kevin’s operation was on 13 March 2019. By October that year he was ready to return to his first major event since his operation: the Ironman 70.3 in Marrakech.

“It wasn’t my best performance,” he says, although the heat and a virus played a significant part in that.

“I had many nerves after so long out of action and no running whatsoever for three years, but there was nothing wrong with my knee during the race at all. It ached, but I feel this was due to me walking after doing the first 10k at my target pace. I still finished in the top half of my age group.”

Just to emphasise the performance of the knee, Kevin wandered into the centre of Marrakech the following day with no ill effects.

On his return to the UK Kevin took a couple of weeks off before returning to training for further events later this year: the Outlaw Half triathlon in Nottingham, and Ironman Austria.

Kevin has a very simple recommendation for athletes who find knee pain threatening their sport.

“You’ve got to get in touch with Jon, straightaway. He’s a triathlete himself so he really understands where you’re coming from fitness-wise. He understands the mental challenge of overcoming injury too.

I’d recommend him to anybody – in fact I’ve already put a recommendation on my Facebook page.

Jon and his team have helped my achieve something that I feared was sadly over. He got me back jogging and back on the triathlon circuit. After two/three years of knee pain I must say a huge thank you for helping me get back on my feet.” 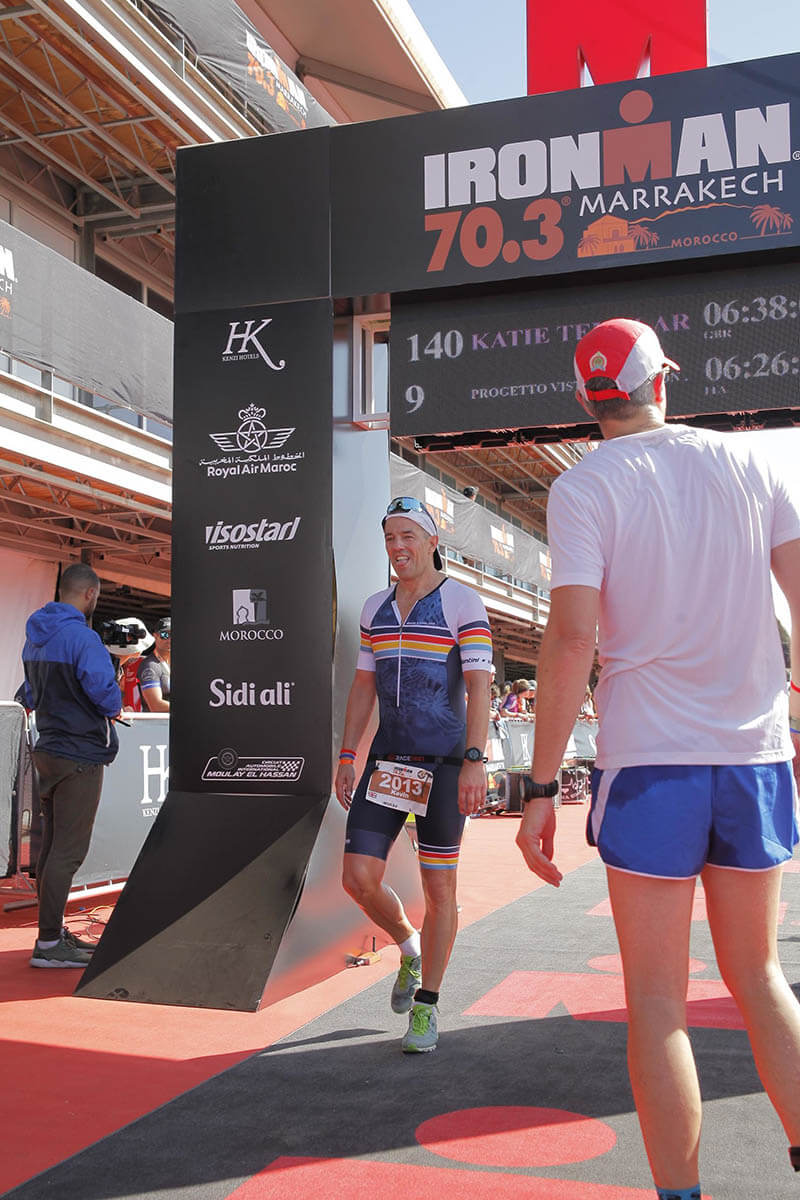 What Is A Partial Knee Replacement?

As we explore here, your knee has three major compartments