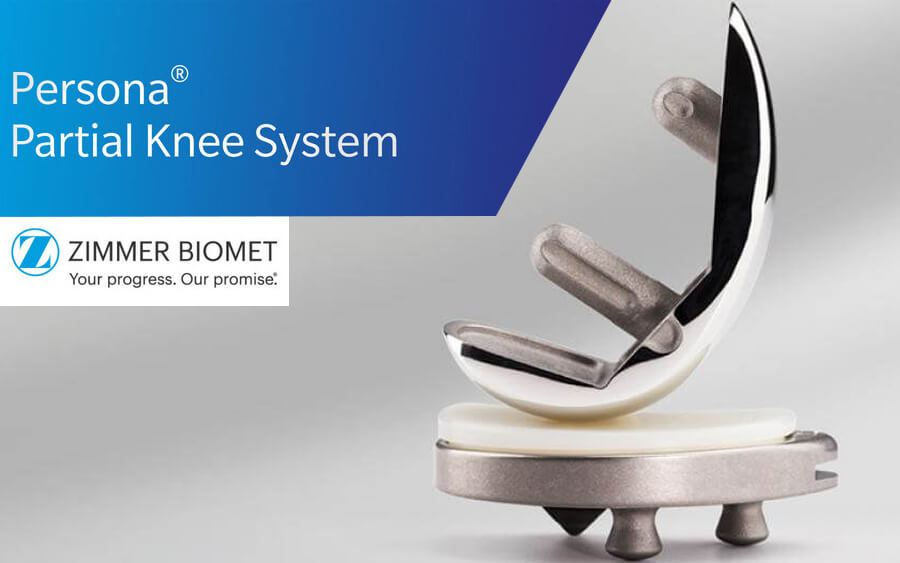 Around 18 months ago, we covered the launch of the Persona® Partial Knee (PPK), a new implant for partial knee replacement patients developed by Zimmer Biomet and a team of ten knee surgeons, including Yorkshire Knee Clinic’s Professor Nick London.

The result of years of careful development work, the new implant offers significant advantages over existing implants. New shaping and a greater range of sizes means knee surgeons can precisely match an implant to a patient far more accurately than was previously possible.

And the use of vitamin E-blended polyethylene should reduce implant wear, potentially extending the life of partial knee replacements far beyond the standard 10 to 20 years.

Around two years ago, Nick and his team started recruiting the first of 240 patients who would receive the PPK as part of a study to evaluate its performance. In December 2018, the last of those 240 was identified, and at the European Knee Society (EKS) Conference in Megeve last month, Nick updated the membership on the performance of the implant.

Naturally for a study that only recruited its latest patient in December, not all the 240 PPK implants were included in the study, but 110 implants (in the 110 patients whose procedures were carried out more than one year ago) were included in the interim findings and represented a broad selection criteria. The results to date have been outstanding.

The most basic measure is implant survival. To date, none of the 240 patients have required revision surgery although the inherent risks of knee surgery mean that occasional revisions should be expected.

In terms of functional outcomes it is universally recognised that patients are more likely to return to sporting activities (particularly higher level sporting activities) with a partial rather than total knee replacement. The data so far very heavily supports that conclusion.

The team continues to monitor the data and hopes to present further information at the open meeting of the EKS in Valencia in May. In a year’s time, when all 240 patients are past their one year review point, Nick will publish results for the full cohort.