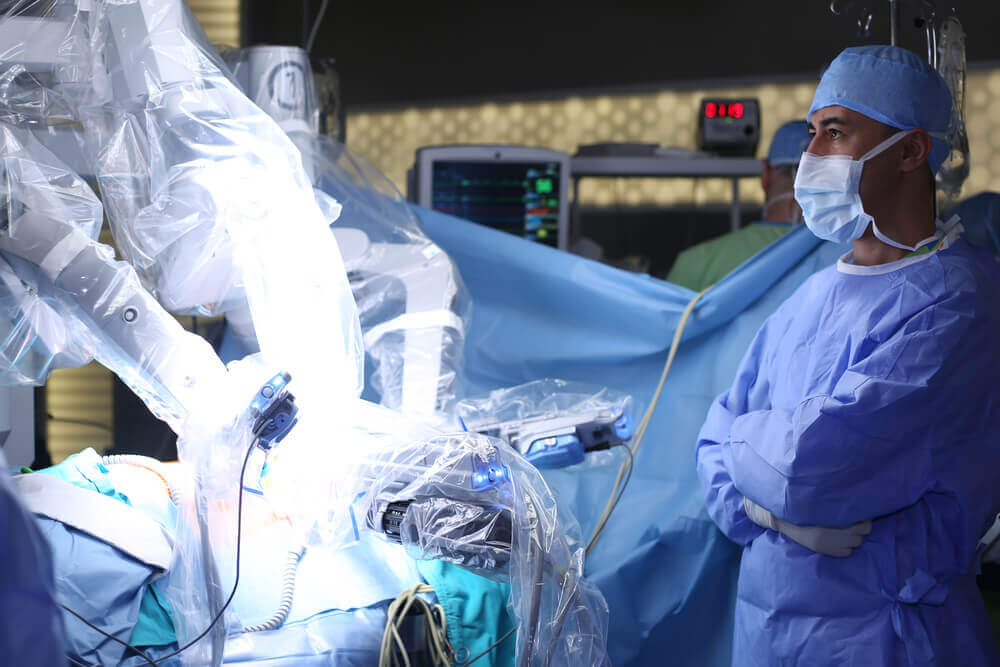 *Image shown for illustrative purposes only

Please note: This is legacy content. Our position on robot assisted knee replacements and their potential to benefit some patients has evolved as technology has improved, supporting evidence has grown and costs have fallen. Find out more.

If we are to charge patients thousands of pounds more for robot assisted knee replacements, surely we need to establish their value first, argues Prof. Nick London.

>  What are partial (PKR) or total knee replacements (TKR)?

In the US, costs are considerably higher. With outpatient charges, a total knee replacement costs on average $50,000.

And then there’s the cost of the robot. At a going rate of around £1 million per unit, health facilities have significant outlay to recoup, which is why in the UK (and following an entirely unscientific ring round of service providers) you can expect to pay between £750 and £3,500 more when you add a robot into the knee replacement mix. In the US, and consistent with the upper end of our own findings, a robot increases costs by around 26%.

Now that’s a lot more money. If I was going to ask a patient to pay that, I’d assume they would expect me to justify it. At present, I couldn’t do that. So how are others able to do it?

In the past 18 months, two papers have been published in the Bone & Joint Journal, one on robot assisted total knee arthroplasty, the other on uni-compartmental (partial) knee replacement.

Neither study was randomised and the sample size was relatively small, and both identified the following results:

It is difficult to read either set of results with a straight face. As you might gather, I don’t use a robot to assist my knee replacements, yet 90% of my partial replacements go home next day. As we’ve reported in these pages previously, some units in the country are promoting a same day service. In that context, announcing you’ve cut the length of stay from three days to two in 2019 is a little like announcing you’ve invented the wheel.

There’s also something decidedly short term about the other results. If I’m paying a premium of several thousand pounds, is it too much to ask that the benefits might outlast my stay in hospital?

No difference between robotic and conventional knee replacement

Earlier this year, a study was published by YH Kim and others entitled Does Robotic-assisted TKA Result in Better Outcome Scores or Long-Term Survivorship Than Conventional TKA? In short, the conclusion of this randomised, controlled trial was no, it doesn’t.

Damningly, the report’s authors said: “At a minimum follow-up of 10 years, we found no differences between robotic-assisted TKA and conventional TKA in terms of functional outcome scores, aseptic loosening, overall survivorship, and complications. Considering the additional time and expense associated with robotic-assisted TKA, we cannot recommend its widespread use.”

It’s worth adding that the study found no negative difference in complications or outcomes at 10 years either, but that hardly amounts to enthusiastic justification for the additional expense.

The role of the robot

Yorkshire Knee Clinic has clearly explained its position regarding robots in the past and it bears repeating: we believe robot-assisted knee surgery (partial or total) has great potential as a research tool but its benefits and risks are not at all clearly defined. The assumption that it must be better because it uses technology is entirely incorrect and misleading to the public, not least because it creates risks of its own including the increased length of time in surgery and more or longer incisions.

One of the oft-reported advantages of robots is that they improve alignment. This has real potential for long-term benefit, but the technology needs to be studied in a safe and controlled way so that we can fully understand the potential benefits and risks. That’s particularly the case when the tech is so extremely expensive for the health provider and the individual (and often misled) patient.

The above report throws the onus back onto the knee surgeons performing robotic surgery. It’s now down to them to produce the evidence to support their claims that robots improve patient outcomes and implant longevity.

Because as long as the demonstrated benefits are short term and questionably relevant, patients and insurers are left paying a lot extra for very, very little.

To explore treatment options for your knee pain, please get in touch.